Meet the team dedicated to the safety of all citizens and visitors of Atlantic. 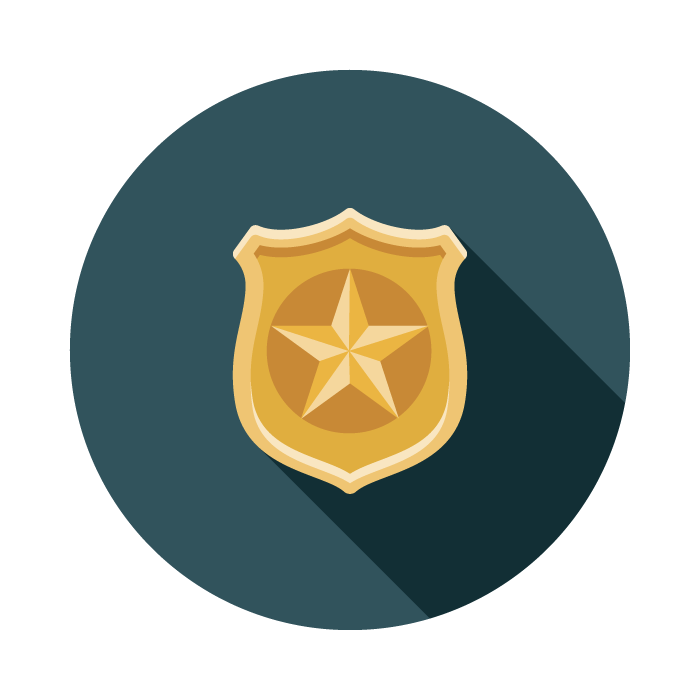 “Evil is powerless if the good are unafraid.” 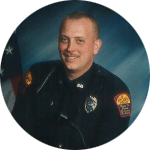 Chief David Erickson joined the Atlantic Police Department in 1997. Erickson was promoted to Lieutenant in 2008 and promoted to Chief in 2016. Previous to becoming an officer for the A. P. D., Erickson was a sergeant in the U.S. Marine Corps. His specialty was Military Intelligence attached with the Marine Corps Sniper/ STA Platoon. While in the service he served in Central America and Kuwait during the Gulf War. After getting out of the service, Erickson worked at the Atlantic Coca Cola Bottling Company where he was a salesman, a supervisor for Creston Territory, and a member of the Atlantic Police Department Reserve Unit from 1996 – 1997. He graduated from the Iowa Law Enforcement Academy 160th Basic in 1997. From 1998 to 2008 he was the liaison for the Reserve unit and during that time the Unit was awarded the Unit of the year award three times in the state of Iowa. He was also a firearms instructor, field ­training officer and was in charge of all the kid programs. Chief Erickson is married and has five children, eleven grandchildren and one great grandson. He enjoys taking kids hunting, fishing and camping and spending time outdoors. He also does volunteer work as a mentor for kids in the community. 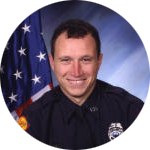 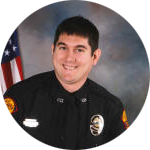 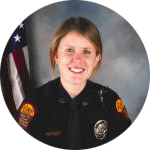 Officer Christin Brinker joined the Atlantic Police Department as a member of the reserves in fall 2008. She served the reserves until being hired full-time in July of 2009. Officer Brinker graduated from the University of Northern Iowa with a Bachelor of Science degrees in Criminology and Sociology. Officer Brinker graduated from the Iowa Law Enforcement Academy’s 232nd basic class in April 2010. 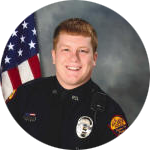 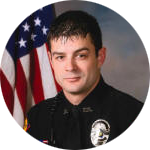 Officer Nathan Kinney joined the Atlantic Police Department in August, 2014.He became a Certified Atlantic Police Reserve officer in 2012. Kinney graduated from the Iowa Law Enforcement Academy in April, 2015 as part of the 261st basic class, where he achieved the 300 point club for physical fitness. Prior to joining the A.P.D. he grew up on a farm South of Atlantic. Nathan and his wife Lindsey are Atlantic High School graduates from the class of 2002, together they have three boys. Kinney spends much of his free time with friends and family. His hobbies include hunting, fishing and spending time outdoors. 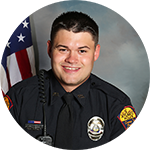 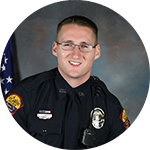 Officer Brock L. Thompson joined the Atlantic Police Department in 2017 and graduated from the 227th class at the Iowa Law Enforcement Academy. He was raised in Cedar Rapids where he obtained his Associates of Science degree in Criminal Justice from Kirkwood Community College. Prior to joining the Atlantic Police Department, he swerved in the United States Marine Corps from 2012-2016. Officer Thompson enjoys spending time with his family and being outdoors. 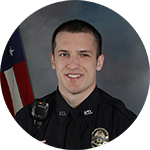